What the Heck are Cheap Auto Insurance Companies, and Do Your Really Want them? 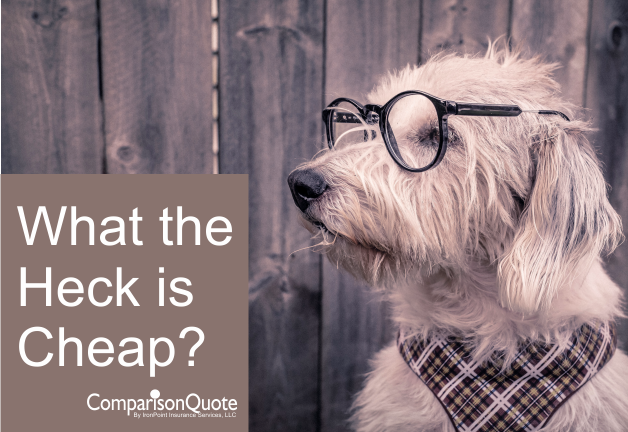 Your goal is to save money, so you want to find the best cheap auto insurance companies. But if you aren’t familiar with the name, how do you know they’re legit? There are resources available to check auto insurance rating reviews to make sure they are trustworthy.

When you’re looking for cheap auto insurance companies you can trust, there’s no better place than ComparisonQuote.com. Enter your info and get multiple free, unbiased and accurate quotes in minutes.

There are actually a lot of benefits to choosing a smaller insurance company over a big guy. Often they can provide lower-cost policies — especially for high-risk drivers — because they’re not dropping millions on running ad campaigns and maintaining massive operations. According to J.D. Power’s 2017 auto insurance study, the companies that rank highest for customer satisfaction often are the smaller, regional auto insurance companies.

When you’re comparing cheap auto insurance companies, here’s what to look for to make sure you feel comfortable putting your money, and your car, in their hands.

1) Read their profile on ComparisonQuote.com.

If you find a car insurance company on Compare.com, you know it’s legit. Here’s a list of the many insurers we work with, all across the U.S. Find the insurer you’re interested in and click “Learn More” to get the details. A few things to look for:

How many years has a given insurance company been around?

Is it owned by a larger insurance company?

Does it offer special customer services, like SR-22 filing or bilingual representatives?

2) Look at their financial strength ratings.

The whole point of auto insurance is to compensate you when you need to make a claim, so it’s vitally important that an auto insurance company have enough money to do that. “That’s silly,” you may think. “What, a $3 million-dollar company can’t afford to pay for my $2,000 car repair?” But imagine a year in which multiple huge hurricanes strike the East Coast, ruining hundreds of thousands of cars — could an insurance company withstand that kind of hit?

There are four independent agencies — A.M. Best, Fitch, Moody’s and Standard & Poor’s — that issue auto insurance ratings based on financial strength. You can go to the homepage of A.M. Best, for instance, and search for an insurer’s name, but you’ll have to do the free registration to see the results. Or, you can simply Google the insurer’s name and “A.M. Best,” and in the results you should see the most recent update of the company’s ratings. Keep in mind that an insurer doesn’t need to have an A++ rating to be trustworthy. It just needs to be financially stable.

The BBB is the Better Business Bureau. It assigns businesses ratings from A+ (highest) to F (lowest) based on several factors, including complaint history, time in business, any misuse of advertising or misleading practices. Search “BBB rating” and the insurance company’s name, and you should get the results.

One thing you’ll notice is that the BBB’s rating sometimes differs dramatically from customers’ reviews. We found one well-known discount auto insurer with 50 complaints, and eight out of eight customer reviews were negative. Yet its BBB rating was A+, because the insurance company responded to complaints and had acceptable business practices.

auto insurance reviews Search for “[X Company] reviews” and you’ll find a ton on sites like Yelp, Facebook and RipoffReport. (Note: Some reviews may be for a local office, rather than the company overall.) Take complaints with a grain of salt, because happy customers are less likely to share their experiences than angry ones. But it can be useful to scan them.

In auto insurance reviews, look for facts rather than opinions. “Their offices are closed on weekends, so I couldn’t file a claim” is a helpful complaint. “They were rude and I think their customer service sucks” isn’t quite as useful.

Want to know if you can save on home or auto insurance? See for yourself. Start a quote today.